Recently I was watching a documentary on sumo wrestlers. I love looking into the training methods and diets of combat athletes and ancient warriors. One interesting thing I found was a soup that's staple of the sumo diet. It's called "chankonabe"and aside from a few ingredients, it's pretty paleo friendly. The soup is loaded with veggies and meat, and it's pretty simple to make.

Now, I know what you're thinking, "why would I want to eat like a sumo? Aren't the fat?". Yes, they are ... but it's not from this soup it self. They eat a ton of the stuff, along with noodles, rice, and a shit load of beer! The calories they consume in a day is astronomical. They also nap a lot. Unless you're eating way too much, eating lots of grains and beer, and taking lots of naps ... you're not going to get fat from this soup. Quite the opposite actually!

This recipe should go a long way and allow you to eat it all over the course of a few days, unless you're feeding a family. Now, before we get started, I'm not a chef and this is not the traditional recipe ... in fact it probably tastes a lot different. This is why I'm not calling it "chankonabe", I just like calling it my "sumo wrestler soup" because it was inspired by them. Anyways, it tastes great!

- Pour all of your chicken broth into a large pot (and I do mean large), start boiling it on the stove
- Dice up the green onion bunch and all of your garlic. Drop half of the diced up green onion and all of the garlic into the chicken broth
- In a large mixing bowl, add the ground pork, 1 large egg, and the rest of the green onion. Mix it by hand and roll them into small meat balls.
- Drop the meat balls, one by one, into the boiling chicken broth. Place a lid over it and allow it to boil at medium for a while.
- While the meat balls are boiling, dice up your carrots, ginger, mushrooms, onion, sweet potato, and rip up your bok choy.
- Add all of your veggies into the pot with the meat balls and broth
- Add a little more water to the pot, cover and allow it to sit and boil on low
- When the veggies are soft, and the meat is cooked, you'll be ready to let it cool off slightly and eat

Posted by Timothy Bell PTS at 4:29 PM No comments:

Handstands In The Park!

In between training clients, if I have the time, I enjoy taking small trips around town to chill out or fit in some of my own training. One of my favourite spots is a large park down town. Today I headed there for a little bit of handstand training. 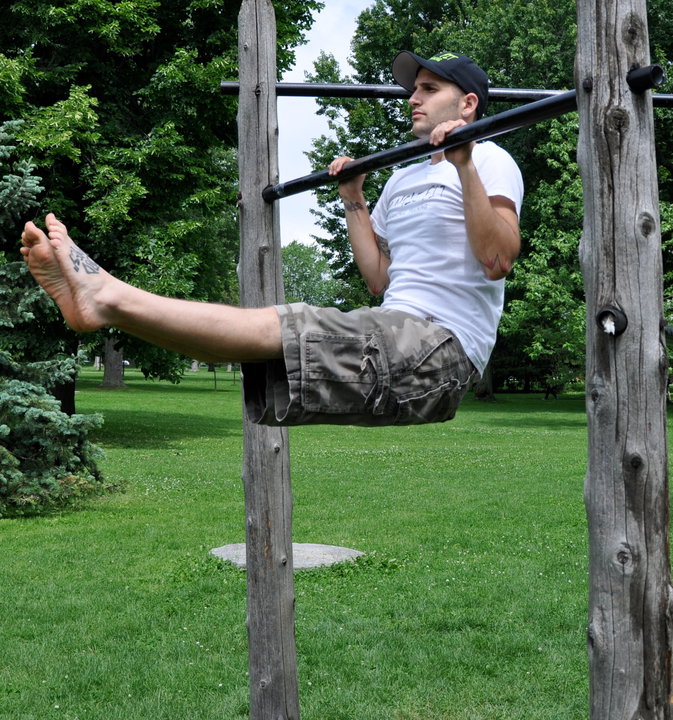 How To Fix Your Squats Instantly!

The squat is one of the most basic/primal human movements. If you look at any toddler try to pick something up off the ground, they drop into a perfect squat and stand back up. We're all born with the mobility to perform the squat. The problem is that over time, most adults completely lose the ability to perform this basic movement due to sitting on the couch, at a desk, or in the car. We no longer have to squat on a regular basis in our every day life and we slowly lose the mobility/flexibility required to fold our bodies into the squat.

Why should you care if you can drop into a full squat? Deep squats and holding the bottom position of a deep squat have a ton of benefits. Here's a few ...

When anyone first comes to me for training I always assess their basic movement patterns, and the squat is one of the most important ones. We have to first improve their movement and have them "re-learn" how to squat, push, pull, and stabilize themselves before any thing else! For most people, this is much more challenging than it sounds.

When it comes to the squat, there are a handful of issues that I run into regularly when teaching a client to "re-learn" the squat pattern. Everyone is different and their needs are addressed on an individual basis, BUT today I'll be showing you two of the most common issues and how to "quick fix" them.

1.) You're knee's buckle inward during the lowering or standing up portion of your squat:
This is usually due to a lack of muscle recruitment in the hips and glutes. This lack or muscle involvement can also cause knee pain for some people. I've always found a great and simple fix for this issue is to provide resistance by having something push the legs/knees inward. Get yourself a jump stretch band or a theraband with a knot tied in it to form a loop.  Step into the loop of the band, slide it up your legs until it's just above the knee joint. As you squat, push your knees outward and fight against the resistance of the band. You should feel the pressure pass instantly into your gluts and hips, completely reducing your knee pain and the knee collapse. This is a great exercise for training the glutes and hips to activate properly during your squats.

2.) You can't hold your balance, feel like you're going to fall backwards, and can't squat down deep:
This one is a very simple fix, and you can do it with any number of house hold objects. Take a weight plate, broom stick, or 2x4 and place it under your the heels as you squat. This will help you root your heels into the object, help you sit back and maintain balance, and give you that full range of motion you're looking for during your squats.  Over time, you'll be able to remove the object from under your heels and squat without assistance. You don't need anything fancy to get this done, in the video above I use two rocks I found in the park.

There you have it, now get out there and get squatting like a champ! 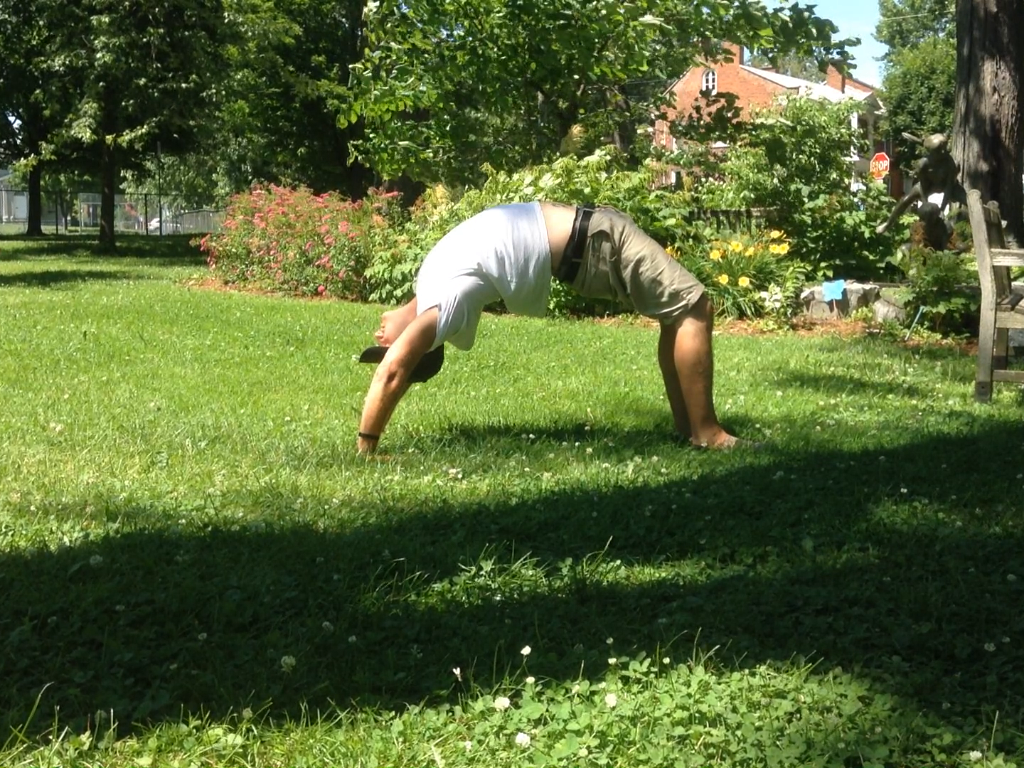 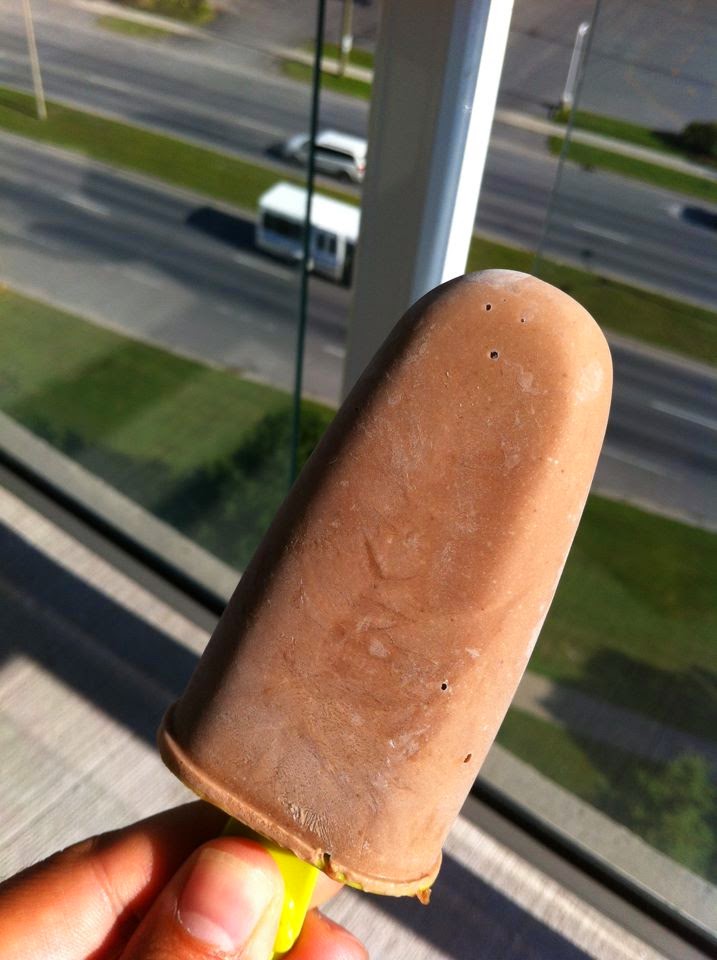 The other day I blogged about "Paleo Chocolate Popsicles". They're good ... but I'm not going to lie, these paleo banana nut chocolate popsicles totally blow them out of the water! They're simple to make, the recipe makes around 6 medium sized popsicles, and they coming out soft and rich. They're a great summer treat, and best of all they're paleo friendly!

- Place all of the ingredients in a blender
- Blend them together until they're mixed well
- Pour the mixture into popsicle molds
- Freeze them
- Eat and enjoy!

Posted by Timothy Bell PTS at 11:34 AM No comments:

The back bridge is a great exercise for improving your mobility, flexibility, and strength. It opens the shoulders, hips, and stretches the abdominals. It also strengthens the shoulders, posterior chain, and legs. The bridge is one of the best exercises that you're probably not doing! It doesn't matter what your fitness level might be, there's a bridge progression that will suit your needs.

Throw them into your workouts, train them often, and be great!

Posted by Timothy Bell PTS at 12:26 PM No comments: 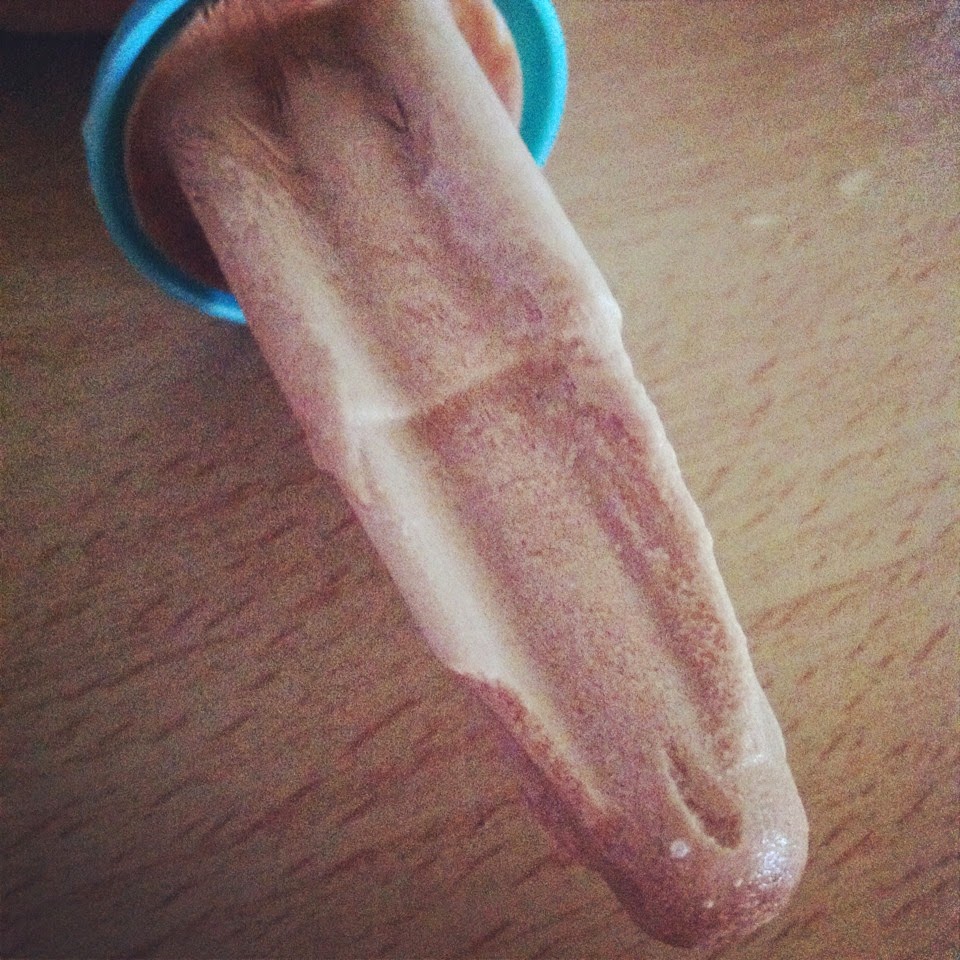 It's summer, it's hot, and you're looking for something sweet and rich to enjoy by the pool ... but you're not looking to load your body with junk. If this sounds familiar, I've got the recipe for you! These paleo friendly chocolate popsicles are simple, quick, and they taste great! You can easily double or triple the recipe to make a lot more of them. This recipe was one I used for the popsicle molds I have available, they're quite small, so double the recipe for regular popsicle molds.

Here's How To Put It Together:

Place all of the ingredients into a blender and blend, or add them to a large bowl and blend together with a hand blender. Pour the mixture evenly into your empty popsicle molds. If you're pouring them out of a bowl, using a funnel can help avoid spilling everywhere!  Place the popsicle molds in the freezer and wait until they're full frozen. Run hot water over the molds to loosen them and make it easier to remove them from the molds. Enjoy!

These chocolate popsicles are the perfect thing for a party or for your kids and their friends to enjoy on a hot summer day! Try them out and let me know what you think! 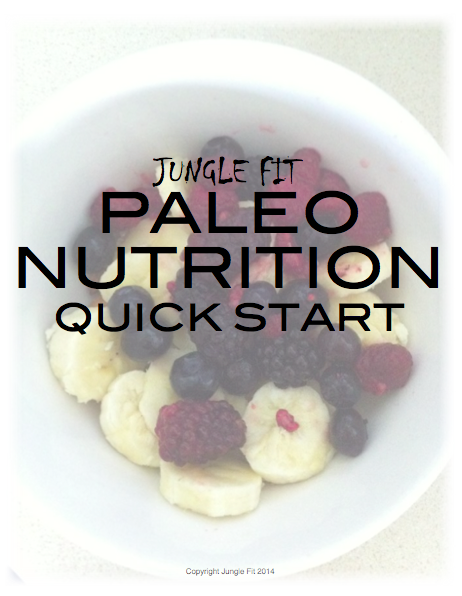 The perfect intro to the Paleo Diet! Includes a summary of what the pale diet entails, examples of what to eat and what to avoid, paleo food pyramid, sample week of eating, and over 10 fun paleo recipes! This Ebook also includes a handy Paleo Shopping list to help you out at the grocery store! Best of all it's only $5.99
Posted by Timothy Bell PTS at 10:40 AM 1 comment:

How To Buy Grass Fed Butter In Canada 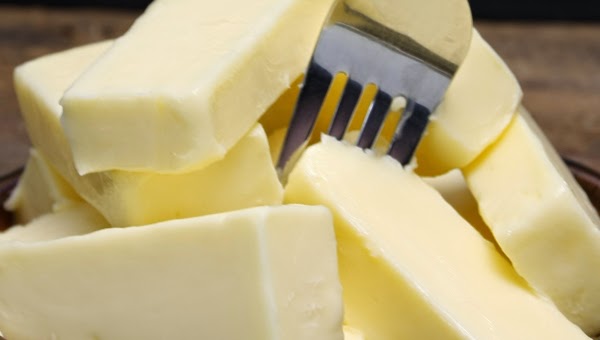 I love butter, and grass fed butter (butter from organic, pasture raised cows) is the best. There's a ton of benefits associated with eating high quality butter, I've wrote about them before (click here).

Recently I was contacted through email by a man named Jordan. He was wondering where I picked up my grass fed butter, as it's illegal to sell here in Canada. I told him I purchase "Organic Meadows" butter, they claim their butter is almost 100% grass fed during the warmer weather here in Canada. Jordan decided to dive a little deeper by emailing the company "Organic Meadows", asking just how he can make sure the butter he buys is actually grass fed and not from the winter season. Here's their response ...
"The best way to look for grass fed butter is to check the production date stamped on one of the sides of the butter packaging, located on the first row.


The cows have been on pasture since approx. May 1st. (this year it was a bit later because of the cold spring). Any number from 121 on will be pasture fed butter. Here is how to read the production date:
C12114 - C stands for cultured (S if it were salted) - 121 is the 121st. day of the year which is May 1st. and 14 is the year.
Any number from 121 to approx. 305 (which is November 1st.) is butter from pasture fed.
We actually have added ‘pasture butter’ stamped on our packaging, which will be on the grocery shelves any day now and for a limited time only."

There you have it! Follow those directions and you can make sure you'll be getting the best quality butter in your diet every time. Thanks Jordan!
- Tim

The perfect intro to the Paleo Diet! Includes a summary of what the pale diet entails, examples of what to eat and what to avoid, paleo food pyramid, sample week of eating, and over 10 fun paleo recipes! This Ebook also includes a handy Paleo Shopping list to help you out at the grocery store! Best of all it's only $5.99
Posted by Timothy Bell PTS at 10:12 AM 1 comment: