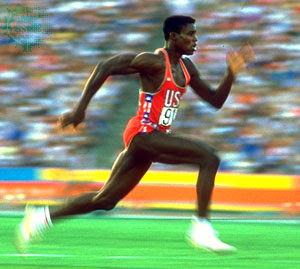 In the last section of this 3 part series we went over how as humans we're designed to lift heavy, in this post we'll look into why it is that we respond so well to moving fast. But what exactly do I mean by moving fast and how does it play into natural fitness and getting to your health/fitness goals faster and more efficiently? Lets first take a look at how moving fast would have come into play as early cavemen.
As we know 2 million years ago there were no grocery stores to go and buy your food! Each day would have been a hunt to survive for another week or two. As you can imagine, hunting with crude tools and weapons would have been no easy task, you would have to act fast and on instinct to get your meal. Cavemen would have had to sprint, not a casual jog, but full out sprint with everything they had to catch up, chase down and kill their meal. Also, it was a time where man was not always on the top of the food chain, we were also prey. There would have been plenty of danger from large game trying to eat us, and I don't know about you but if I had a large angry/hungry wild cat trying to eat me you had better believe I would run with everything I had! Not to mention rival clans/tribes that could pose a threat and we would once again be forced to run at top speed away from danger. With this being said it's simple to see why a caveman would never have run 5k each day as it would be a great wast of his time and energy and put him in danger of starving or being eaten/killed.
Moving fast (such as sprints) is a natural act that is embedded into your genes. Watch children run as soon as the figure it out, watch dogs in the park, or even think about how good it felt when you were younger to just move fast! It's hard to deny that truth, but survival aside and the rush of moving fast put on the back burner, how can moving fast get you leaner and push you to new levels of health and vitality in this modern world?
Studies prove that moving very fast for short periods works much better for dropping your body fat than slow steady cardio training. This can be shown by simply looking at an Olympic sprinter vs a marathon runner. When you move very fast you burn much more calories than you would just jogging. 8-10 sprints of 50-100 meters will burn more calories (including burn more calories from fat) than a 45-60 min jog ever will. It's simple, when you burn more over all calories you'll burn more from fat as well! Also, when you move fast, you boost your metabolism increasing your bodies ability to get lean and stay that way.
With long steady state cardio we have another story. You train your body to want more carbs (sugar), you'll be training it to hold onto body fat to use as energy as well, and it's tough on your joins in activities such as running. Just look at almost anyone you see jogging down the road and ask yourself if that's what you want to look like? You'll find the vast majority look like they never workout or worse look out of shape and even a little chubby.
Need some more proof? Look at any sport that requires you to move fast for short bursts such as soccer, hockey, sprinting, gymnastics, basketball etc. All of the athletes in each of those sports have stellar physiques and low body fat percentages
Now moving fast doesn't have to be just sprinting, it can come in the form of interval training, for example on the bike (indoor or outdoor) peddle 30 secs - 1min as hard as you can and 30 secs of peddling and repeat that 10 -20 times. You could do high intensity circuit training using body weight, kettlebells, gym rings, and med balls or a combo of all. Just pick some full body exercises and do each for 30 secs - 1 min and go all out and rest for 1 min between circuits. You could always jump rope for 100-200 skips as fast as possible then rest for 30 secs and repeat 10-15 times. If you're confused or feel lost then hire a professional to work with (http://www.jungle-fit.com/).
The possibilities are endless, and the rewards are vast! If you want to get lean, start moving fast and I MEAN FAST! Even if you're alone or have your trainer standing over you, push yourself hard, be out of breath, feel like you have been beaten down and it will give you results. And remember if you need to, it never hurt to just imagine your a caveman trying not to be eaten!
WWW.JUNGLE-FIT.COM 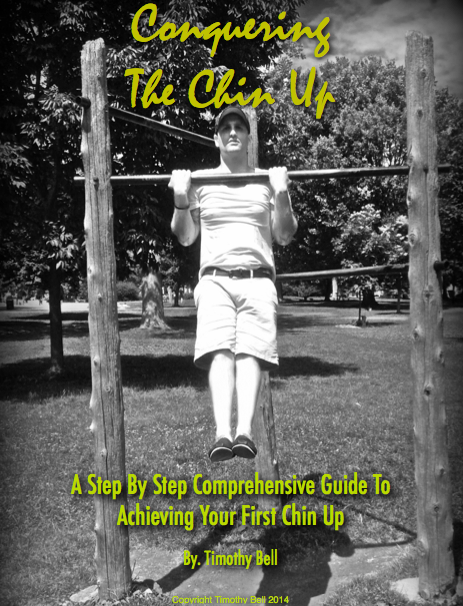 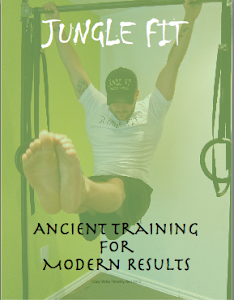 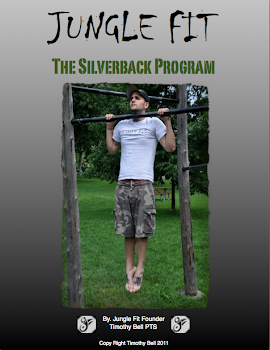 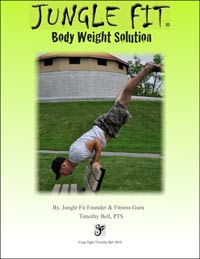